Our corporate staff at Jackson Hotel Management has earned a reputation for integrity, innovation, personalized service, and success.

We look forward to using our combined experience to assist your hospitality asset. 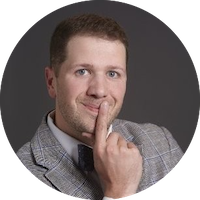 ​Brent C Jackson is the President of Jackson Hotel Management. Brent’s expertise and consistency in high guest satisfaction at his properties has been recognized by the hotel industry. In 2013, Brent earned the IHG® Best of the Best Holiday Inn General Manager of the Year Award and, shortly after, he was recognized by Hotel Management Magazine in an article titled "GMs to Watch". During his time as General Manager at the property, the Holiday Inn & Suites Front Royal Blue Ridge Shadows was a three-time IHG® Torchbearer Award Winner, two-time IHG® Quality Excellence Award Winner and won the 2010 IHG® Newcomer Award. During his tenure as General Manager, his hotel colleagues earned a combined twelve IHG® Best of the Best Holiday Inn Awards. In 2018, Brent was invited by IHG® to serve as a member of the Holiday Inn General Manager Advisory Board (GMAB).  After joining Jackson Hotel Management, Brent guided the team at the Clarion Pointe Harrisonburg as they earned the 2021 Ring of Honor Award from Choice Hotels. The Ring of Honor Award is the highest of the Choice Hotels guest satisfaction awards and is only given to the top 1% of hotels in each brand.

Prior to assuming the role of President of Jackson Hotel Management, Brent served as the General Manager of the Holiday Inn & Suites Front Royal Blue Ridge Shadows dating to when the property opened in 2008. While in this role, he also held the position of Regional Manager of Operations with multi-property management of the Holiday Inn Winchester SE-Historic Gateway, Blue Ridge Shadows Golf Club and Houlihan’s Restaurant + Bar. In addition to this experience, Brent has worked in casino operations and has held management positions in restaurants, bars, golf courses, and hotels.

Brent is an active member of the local community. In early 2019, he has helped to create and charter a new Rotary International Club (Rotary Club of Northern Shenandoah Valley). He served two terms on the Front Royal-Warren County Chamber of Commerce’s Board of Directors, as well as the organization’s executive Committee. Brent has demonstrated quality leadership from a young age. Brent was active in scouting throughout his formative years, serving in numerous leadership roles and earning the rank of Eagle Scout with the Boy Scouts of America.

Brent is a graduate of James Madison University, earning a BBA in Hospitality & Tourism Management from the JMU College of Business. During his time at JMU, Brent earned the 2002 'David Grimm Award' for top overall outstanding student in the Hospitality Program. 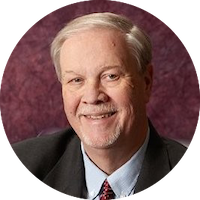 Thomas Jackson is a second generation hotelier with a Hospitality Degree from the School of Hospitality Administration at Florida State University. He is also a Certified Hotel Administrator. 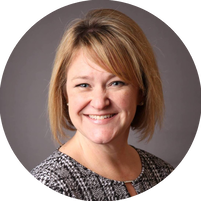 Mary is a three-time winner of the IHG Best of the Best 'Holiday Inn Director of Sales of the Year' award. This award is the highest achievement within the IHG family of brands and winners are selected based on performance that goes above and beyond normal job responsibilities and by providing outstanding or unique service to the property, to the guests, and to the community.
​
During her career, Mary has overseen sales efforts for hotels at brands including Marriott, Hilton, Choice Hotels, IHG, Carlson, and Wyndham. She graduated from Rochester Institute of Technology with a Bachelor of Applied Science in Hotel Restaurant Management. Mary is a performance driven professional maximizing sales & marketing through a passion for maintaining the highest standards in leadership and staff development; with emphasis on revenue generation using exceptional interpersonal, motivational, and presentation skills. Mary is highly regarded as being decisive, analytical, big-picture focused, and for always leading by example.
​
Mary also focuses her time on helping others, serving on the board of many service organizations including Salvation Army, United Way, and March of Dimes.  Further, she has held hospitality industry volunteer roles with the Front Royal-Warren County (VA) Joint Tourism Advisory Committee, Greater Rochester Visitors Association Visitor Industry Council, Winchester Society of Human Resource Managers, and Women in Buses Council (WIB) – a program of the American Bus Association.  Mary also recently served as an Adjunct Professor in the Workforce Development Office at Lord Fairfax Community College. 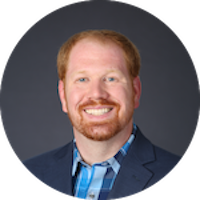 ​Adam Jackson is a third generation hotelier with a Hospitality Degree (Bachelor of Business Administration) from the College of Business at James Madison University. He has earned industry certifications from AHLA as a Certified Hotel Administrator (CHA) and a Certified Revenue Management Executive (CRME).

In his current role, Adam functions as a strategic business leader over the Jackson Hotel Management hotel portfolio. Among his many responsibilities, Adam primarily works directly with the General Managers to develop and implement overall strategies, ensure implementation of brand standards and initiatives, play an integral role in Revenue Management, and assist in purchasing. He directly ensures all Jackson Hotel Management hotels meet brand standards, guest and owner needs, and associate satisfaction goals.

Adam is a member of the 2023 Maryland Hotel Lodging Association (MHLA) Legislative Committee.

Jim is a graduate of Florida International University with a Bachelors of Science degree in Hospitality Management. With 35 years experience in the hotel industry, he has served in senior management positions in various properties ranging from mid-scale, limited service to luxury full service hotels and in both franchised and independent properties. With a focus on achieving optimum guest satisfaction Jim has led his properties to many achievement awards over the years, including several Gold awards from Choice Hotels and Small Luxury Hotels (SLH) hotel of the year. Jim is also very involved in the community. He has served 10 years on the Board of Directors of the Maryland Hotel and Lodging Association, participated on the Governors Economic Development Committee, and as a board member on the Greater Ocean City Golf Association. Jim's proven track record in maintaining both guest and employee satisfaction, financial performance and experience in physical plant management has been a positive influence on each of the properties he has been associated with.